In the late 1940s Patrick Leigh Fermor, now widely regarded as one of the twentieth century’s greatest travel writers, set out to explore the then relatively little-visited islands of the Caribbean. Rather than a comprehensive political or historical study of the region, The Traveller’s Tree, Leigh Fermor’s first book, gives us his own vivid, idiosyncratic impressions of Guadeloupe, Martinique, Dominica, Barbados, Trinidad, and Haiti, among other islands. Here we watch Leigh Fermor walk the dusty roads of the countryside and the broad avenues of former colonial capitals, equally at home among the peasant and the elite, the laborer and the artist. He listens to steel drum bands, delights in the Congo dancing that closes out Havana’s Carnival, and observes vodou and Rastafarian rites, all with the generous curiosity and easy erudition that readers will recognize from his subsequent classic accounts A Time of Gifts and Between the Woods and the Water. 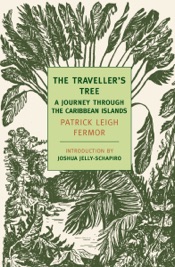