“When you think that life cannot get better, Blake Pierce comes up with another masterpiece of thriller and mystery! This book is full of twists, and the end brings a surprising revelation. Strongly recommended for the permanent library of any reader who enjoys a very well-written thriller.”
--Books and Movie Reviews (re Almost Gone)

A MURDER IN PARIS is the debut novel in a charming new cozy mystery series by USA Today bestselling author Blake Pierce, whose #1 bestseller Once Gone has received 1,500 five-star reviews.

Diana Hope, 55, is still adjusting to her recent separation when she discovers her ex-husband has just proposed to a woman 30 years younger. Secretly hoping they would reunite, Diana is devastated. She realizes the time has come to reimagine life without him—in fact, to reimagine her life, period.

Devoting the last 30 years of her life to being a dutiful wife and mother and to climbing the corporate ladder, Diana has been relentlessly driven, and has not taken a moment to do anything for herself. Now, the time has come.

Diana never forgot her first boyfriend, who begged her to join him for a year in Europe after college. She had wanted to go so badly, but it had seemed like a wild, romantic idea, and a gap year, she’d thought, would hinder her resume and career. But now, with her daughters grown, her husband gone, and her career no longer fulfilling, Diana realizes it’s time for herself—and to take that romantic year in Europe she’d always dreamed of.

Diana prepares to embark on the year of her life, finally turning to her bucket list, hoping to tour the most beautiful sights and sample the most scrumptious cuisines—and maybe, even, to fall in love again. But a year in Europe may have different plans in store for her. Can A-type Diana learn to go with the flow, to be spontaneous, to let down her guard and to learn to truly enjoy life again?

In A MURDER IN PARIS (Book #1), Diana hopes to kick off her journey, and find new love, with an unforgettable night at the Versailles ball. But when the dramatic night takes a harrowing turn she could never expect, Diana realizes she will have to solve the crime—or else have her trip end in disaster.

A YEAR IN EUROPE is a charming and laugh-out-loud cozy mystery series, packed with food and travel, with mysteries that will leave you on the edge of your seat, and with experiences that will leave you with a sense of wonder. As Diana embarks on her quixotic quest for love and meaning, you will find yourself falling in love and rooting for her. You will be in shock at the twists and turns her journey takes as she somehow finds herself at the center of a mystery, and must play amateur sleuth to solve it. Fans of books like Eat, Pray, Love and Under the Tuscan Sun have finally found the cozy mystery series they’ve been hoping for!

Book #2 (DEATH IN FLORENCE) and book #3 (VENGEANCE IN VIENNA) in the series are now also available! 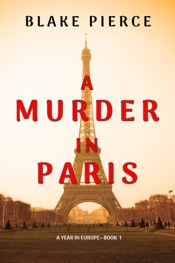 In this New York Times bestselling thriller, a doctor is kidnapped in the mountain wilderness after a fight with her husband -- and as the FBI closes in, she must make dangerous choices to survive.Dr. Emory Charbonneau, a pediatrician and marathon runner, disappears on a mountain road in North Carol A Murder in Paris (A Year in Europe—Book 1) epub books

This New York Times bestseller intertwines the true tale of the 1893 World's Fair and the cunning serial killer who used the fair to lure his victims to their death. Combining meticulous research with nail-biting storytelling, Erik Larson has crafted a narrative with all the wonder of newly discover A Murder in Paris (A Year in Europe—Book 1) epub / PDF Books

Teddy Fay hedges his bets in the latest thriller from #1 New York Times-bestselling author Stuart Woods.When Peter Barrington and Ben Bachetti come under threat while working at a film festival abroad, Teddy Fay is lured to the glittering city of Macau to resolve the problem. He'll soon come to find A Murder in Paris (A Year in Europe—Book 1) epub books

In NO PLACE TO DIE, Jaden Skye creates a set of characters that are very well developed, and makes you cheer for our heroine on every page. The environment and the overall description of scenes are superb, making you feel the suspense in the air the whole time. Jaden Skye is a natural story teller a A Murder in Paris (A Year in Europe—Book 1) pdf books

#1 New York Times bestselling author Nora Roberts presents Legacy, a new novel of a mother and a daughter, of ambition and romance, and of a traumatic past reawakened by a terrifying threatAdrian Rizzo was seven when she met her father for the first time. That was the day he nearly killed herbefore A Murder in Paris (A Year in Europe—Book 1) pdf books

When her best friend is murdered, Julie O'Hara, a body language expert, packs up her suspicion and flies to Boston for his funeral. Who could have killed rising artist Marc Solomon, and what does Castle Cay, the Solomon's mysterious Caribbean island, have to do with it?Before long, Julie's sixth-sen A Murder in Paris (A Year in Europe—Book 1) epub / PDF Books